Very few users empty their browser cache regularly. Mostly the desired surfing experience is guaranteed with the download of Mozilla Firefox. However, occasional problems may require the emptying of the cache. But as one proceeds best if you do not want it to lose all the files?

The crux of the Firefox cache

In Firefox cache accumulate over time many files. They are buffered and do not need to be renewed if each page layout. This approach saves time and bandwidth. but it is possible that Firefox for example, cached browser redirects. These are renewed, the browser uses the old information anyway. Then a cache flush mounted. But also with other problems, it may be necessary to subject the cache of a thorough cleaning. It is not even necessary to delete all items in the cache. The smart browser extension Cache Viewer Continued deletes selected files from the Firefox cache. Thats how it works: 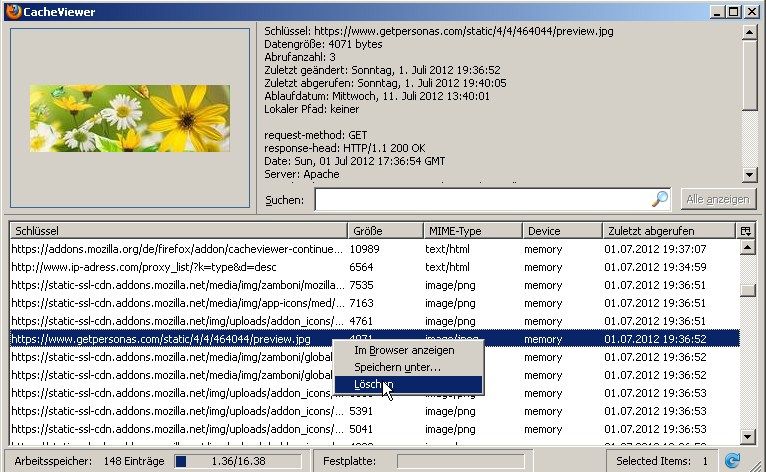 fishing videos from the Firefox cache

The Firefox cache can also be used for another trick that lets you expand its video collection: