For the Solitaire Windows 10 App Microsoft has the classic games missed a new design. The most played computer game is an integral part of Windows for 25 years. For Windows 10, there are solitary in five game modes and with daily challenges. A game of Spider or FreeCell, players can take a little relaxation and get away for a moment – with touch-optimized user interface.

The new version of the card game comes with some new features. In addition to the daily challenges, there are many backgrounds, themes and card designs. A special highlight is the aquarium that play for play comes to life. With membership in the Star Club to stars can earn and unlock new challenges. By connecting to the Microsoft cloud Scores can be saved, analyzed statistics or the game on any device are terminated. Overall, the package features five game modes:

In this timeless classic four piles of cards are sorted from ace to king of one color at a time. Optionally, it can be drawn a card or three cards. Tips: If you click on H the best move is displayed. Players should also try to uncover a long series of hidden cards as possible to the beginning of the game. 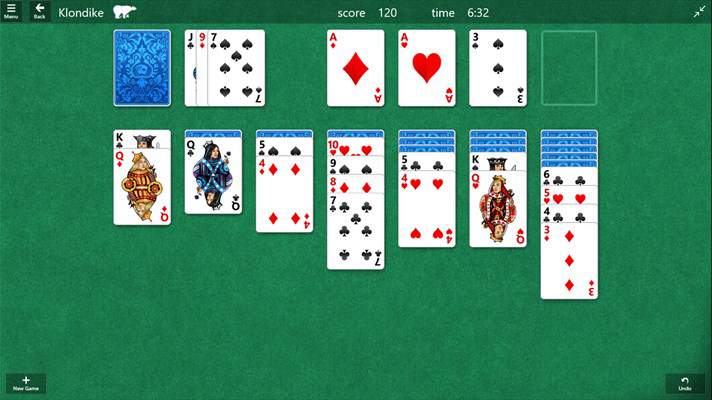 Spider is the second version of the game that is included in the Windows Solitaire 10 App. It applies to clear eight cards columns in the fewest possible moves. For this, the cards must be sorted in descending order. Depending on the difficulty Spider can be played with one or all four colors. Tips: As with solitaire can be accessed by pressing the H key possible moves. The faster uncovered hole cards and own arrays can be formed, the higher the probability that dissolve Patience.

The name says it, what is the principle of the game: Cards can be temporarily stored in four empty cells to resolve the Patience. FreeCell is the most strategic game of Solitaire Windows 10 app, because here players have to think ahead a few moves. Tips: Besides the display of possible moves by the H key, it is necessary to form the longest possible series and quickly get to the aces. In addition, as many of the free cells should remain effectively free, because with every free cell, the possible increase moves exponentially. 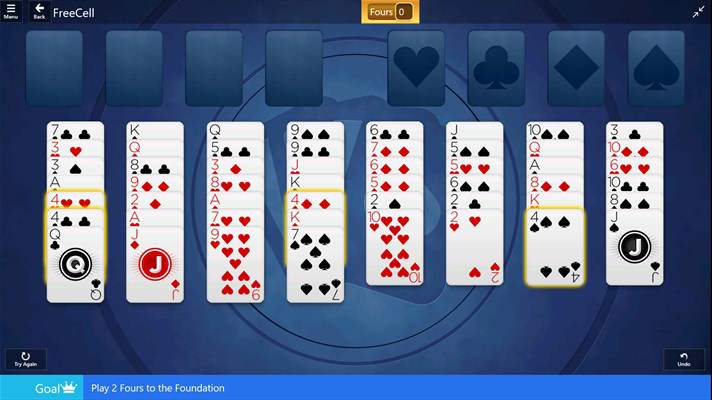 The unusual arrangement of cards begins with a face-up card. The aim of the game is, in succession to select the cards that are higher or lower one point.

In the final version of the game of two pairs must be formed with the card total 13 to reach the top of the pyramid. Here more luck counts as a strategic game. Who wants to be distracted briefly, has found the right with this solitaire.