UEFA Women's EURO Schedule Download presented in a visually attractive form of the matches of the continental championships from July 16 to August 6, 2017 in the Netherlands. The EM tournament will be held for the first time with 16 teams.

Big favorite and defending champion of the UEFA Women's Football Championship in 2017, the German team, which in 2013 became European champions for the sixth time in succession. The free PDF with the Women's EURO 2017 Schedule shows all important information on the exciting games of the tournament and also represents the kick-off times. 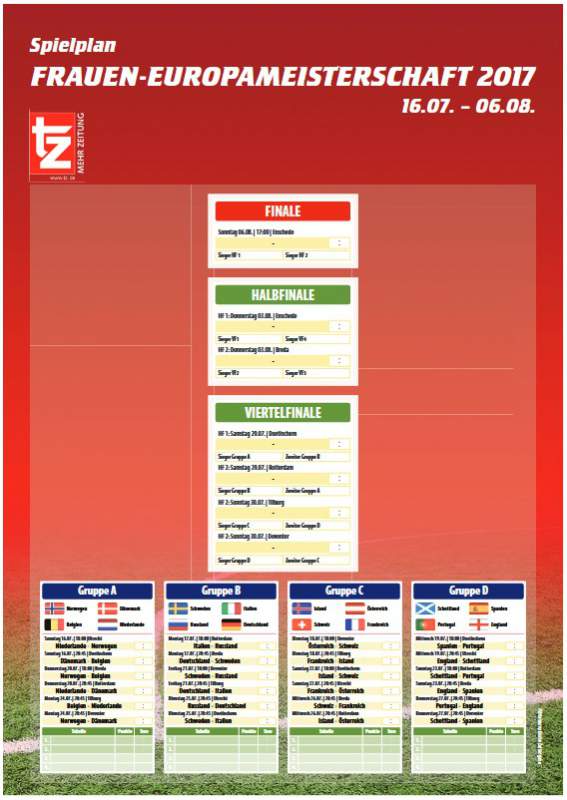