Cannon Hill is a small action game that can be played with four players simultaneously on a single computer using the keyboard. The freeware Game reminiscent of the classic Tank Wars, However, everything takes place in real time.

four bunkers shoot at Cannon Hill on a 2D Mountains with a variety of weapons and try to the end to survive. Between rounds you can stock up with new weapons. At the beginning of each turn a new two-dimensional Mountains are created and placed on this a bunker for each player in the small freeware game randomly. 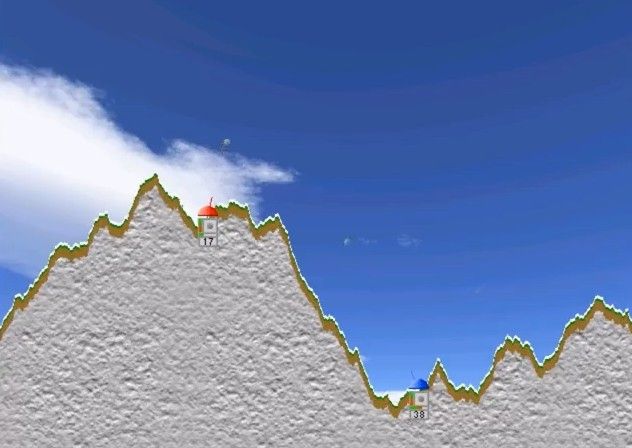 After each round's supplies from the gun shop

Each of these bunkers illustrates a player. This, by changing the firing angle of the gun and the shooting power throwing various weapons in the direction of the enemy. As the winner is someone who is left at the end. After each completed round, the player buys with the money earned in a gun shop new ammunition for the next PC battles one.

Cannon Hill has a simple graphic of long ago

Of the Cannon Hill Download Dating back to 2000, and thus has a few years under its belt. The little games provides only a very simple graphics in a retro style, and probably only responds PC nostalgics who want to try the old games treasures to revel in ancient Gamer times. The freeware is played exclusively using the keyboard, where up to four players share the keys.

Separate control buttons for each player

By default occurs the PC gamers in the blue bunker against the computer in red Bunker at. He is assisted by the Enter key and the four arrow keys for all actions. If a player chooses the red bunker, it uses the Shift and W keys A, D, F. The green bunker is defended with the space bar and J, M dot and comma of yellow with the Enter key on the numeric keypad as well as the Num-buttons 4, 5, 6 and 8. FIG. 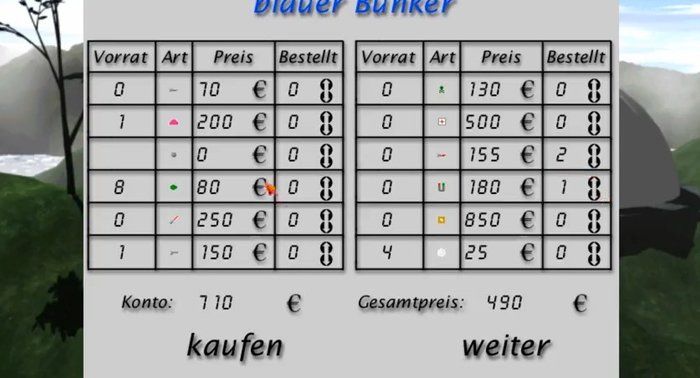 play Cannon Hill against the computer or up to three friends

First, the player enters the main menu, where it can make various settings under Options. Wind and weather can be just like the sound activate and deactivate. In addition, gamers can choose the number of rounds 1 to 9 Under the heading player to choose from, with which the player competes bunker and whether available as an opponent of the computer or other players. Go start the PC battle game. More classic games are available for free download in our software catalog. For lovers of old classic games The Cannon Hill download can compete not regard graphics and playfulness with modern PC games and is only game nostalgic and retro friends be worth a download.