The 25th World Championships in handball were awarded after 1970 and 2001 for the third time to France, which was able to prevail against the Danish Handball Federation. The venues are Albertville, Brest, Lille, Metz, Montpellier, Nantes, Paris and Rouen. A total of 24 teams will participate in the World Handball Championship, which first had to qualify for it, with the exception of Qatar as Vice World Champion 2015 and France as host. 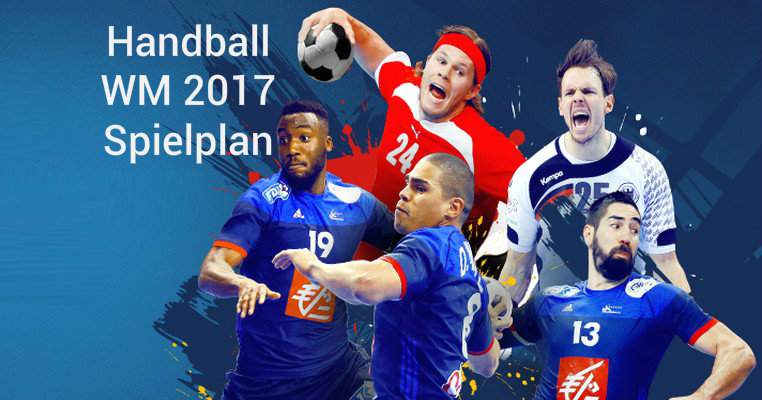 The following teams will compete for the title at the World Handball Championship 2017 in France:

The Handball World Championship 2017 schedule shows that the DHB team will compete in Group C against the teams from Croatia, Belarus, Hungary, Chile and Saudi Arabia. The German team is considered one of the favorites for the world title.

Unfortunately, it is still unclear if and are transmitted via which channel the exciting title fights on TV or the Internet. The tournament starts on January 11, 2017 the opening match France against Brazil in Paris. In the preliminary round six teams playing in four groups. 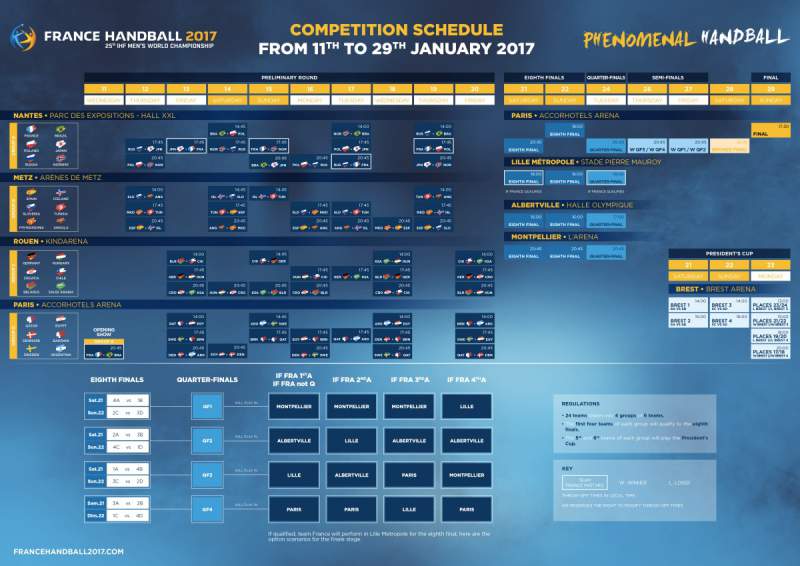 The official schedule is available as a PDF or JPG file.

The mode of the Handball World Championship 2017