Update of 10 January 2017: Meanwhile, other, appeared completely free opportunities in the network to come to Netflix account flat rates, to pay to the service without paying a cent for it. But even this work based on the Netflix account generator. While here, the user needs to download not specifically a tool and can be captured no malware. Instead, online user data of users are provided simply who the providers procured through illegal channels. Astonishing of all: These pages even warn against downloading appropriate tools because they could capture malware as a result. Presumably, this warning is intended to increase credibility.

If someone noticed such a page: The best report directly. These are a scam. Even if you yourself once is not damaged, users whose accounts are shared so without their knowledge, have to fight with the most damage, but they pay with others. In addition, their user data are circulating freely online. And that can happen to anyone who is not careful enough or falls into the clutches of fraudsters. If you simply engaging in such accounts, also violates the Netflix guidelines. And that is illegal turn. 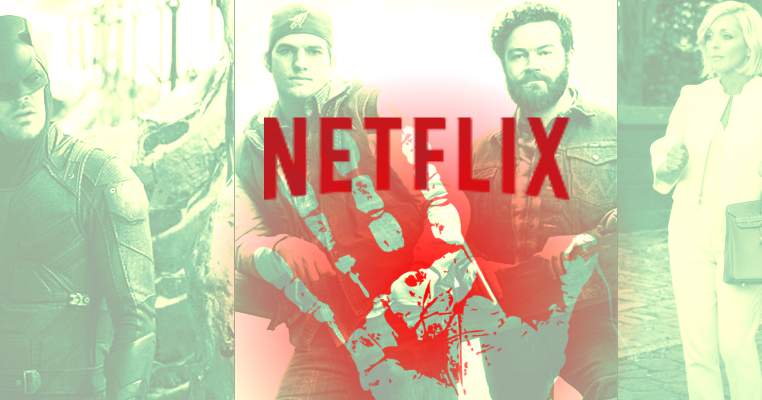 Original dated April 11, 2016: No question: Netflix is ​​popular - but it costs a month. On the web account flat rates are now being advertised, called a Netflix account generator to be created. So one could enjoy the streaming service at no additional cost. But beware! Here is crooks! read here what is behind the offers!

Who the numerous films and series highlights at Netflix - be it at home on TV or downloading the Netflix app on the mobile device - wants to use a paid subscription is one. Depending on the package fees are due monthly. Crooks have found a way to tap into accounts of users and illegally pass them on to others.

The US software company Symantec is known for its enterprise security solutions for many years. The security researchers have come to the track some time ago a new impostor scam. These are websites that try to sell the user a tool for Netflix. The so-called Netflix account generator will spit out a lifetime unlimited wireless accounts allegedly. A real silver bullet!

The course is not free, but for what they can, then quite cheap but: For a one-time price of around $ 30, the tool should generate at will accounts. Sounds like a tempting offer because it saves the user the monthly fee - forever.

Not only that those who want to use the generator, go to the other side of the law. The tool does not generate any new accounts - it makes use of existing ones. This means that users who pay good their subscription will be tapped and exploited! 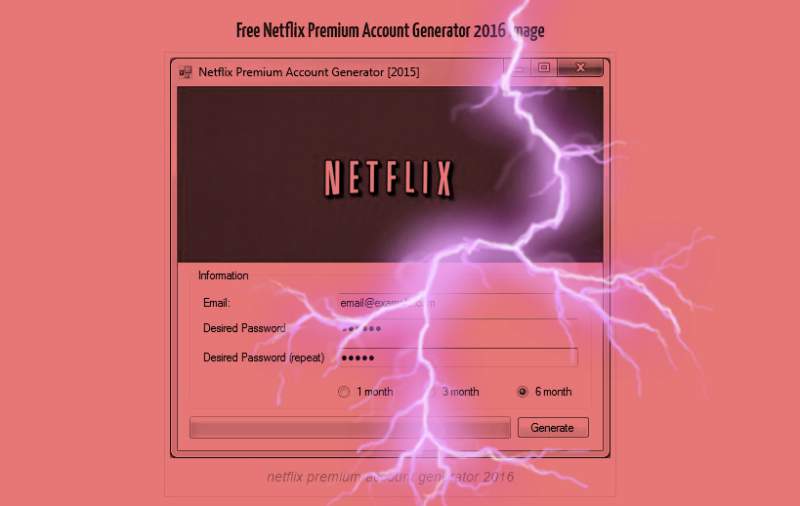 How do they get the data?

In order for the Netflix Account Generator can do his job well-behaved, the fraudsters need first, of course, the data from Netflix members. This they get, according to Symantec of dubious offers and promotions. So the users are offered any programs or applications from Netflix that are not real. If you download these fake tools to Trojan gets into the house, which grab the account information of the user. Another approach is to send messages on behalf of Netflix. Here again, caution is advised. In the emails attachments or links are integrated, which will also access the accounts.

That such a Netflix account generator itself does not generate any new accounts, it quickly becomes clear. So the crooks recommend the purchase of the generator that the user should not change the access to the accounts. Why? So that the "real" whose account is tapped users, no suspicion draws.Striking would be as if suddenly appear new profiles in your own account. Who noticed something or other abnormalities in Netflix should: