Windows 10Comments: 0
With Windows 10 Shortcuts Users of the new operating system from Microsoft much time and effort to save. We reveal the most important keyboard shortcuts!

Whether they “shortcuts” or “hotkeys” calls – the shortcuts provide a much faster operation of individual functions frequently required by the Windows 10 download. In addition to some well-known key combinations also useful shortcuts have been added that are associated with the new features of Windows 10th Experienced users remember for the operation of the operating system Windows 10 shortcuts or simply hang a printed list of keyboard shortcuts next to the monitor to access quickly and easily to all functions.

The principle of Windows 10 shortcuts is usually similar: the Windows key is pressed in combination with a letter. So only the Windows key hold, then press the relevant letters. For example, the user can access with Win + E directly to the File Explorer or shows with Win + D the desktop. Some new keyboard shortcuts are particularly useful: With Win + A, the user opens the Action Center and the new voice control Cortana received with Win + C, Win + S and Win + Q three useful shortcuts. Also convenient is Win + X, which calls some important power user commands. 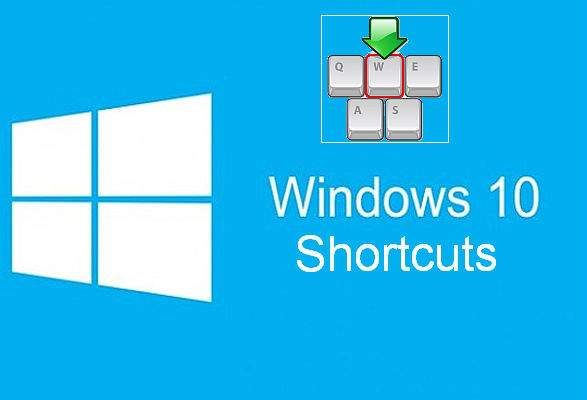 Sometimes there are also combinations of three buttons. In this case, the first two are held, and the third triggers the action. The shortcuts for virtual desktops are interesting. Remember the user should, for example, Win + Ctrl + D to open a new desktop, which is closed with Win + Ctrl + F4 again. Who wants to move applications to a new desktop, the shortcut Win + Shift + Left / Right uses.

Below all important keyboard shortcuts for Windows 10 at a glance: