Minecraft gets a Simpsons Mod: End of February 2015 should win the game, the yellow cult figures. What's mod in it, continue! In September last year, Microsoft bought the cult game Minecraft. As for the motive of the group and what Microsoft seen with the sandbox game long exactly intending it can only speculate. A bad deal but it was certainly not because of the Minecraft Download conquered the world, more than 100 million has already been downloaded the game. Now Microsoft has taken a path with which the Minecraft user numbers will probably continue to skyrocket. End of February 2015, so in a good month, is to shake up the new Minecraft world a new extension: The Simpsons, the yellow Rafters from Springfield, the world will conquer of pixel blocks. However, only Xbox users may initially pleased. 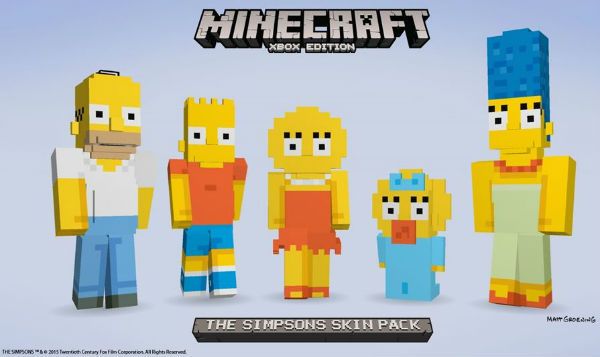 Minecraft world is growing: the Simpsons

With the announcement of Microsoft that Simpsons as the skin pack in Minecraft record, the group settles a long-awaited desire of many Minecraftler. In fact, it is simply a logical consequence. So already have two projects - both the Simpsons and Minecraft - achieved cult status in many circles of the world. Now two iconic concepts are merged into one - what can go wrong there? However, the anticipation is somewhat dampened by the provisional limit on the games console from Microsoft. As Microsoft announced, the Simpsons extension initially only for Xbox be available, specifically for Xbox One and Xbox 360. The package is then available for purchase for $ 1.99. An exact date for the publication does not yet exist. Nor is it known when the Simpsons are then be available for PC. 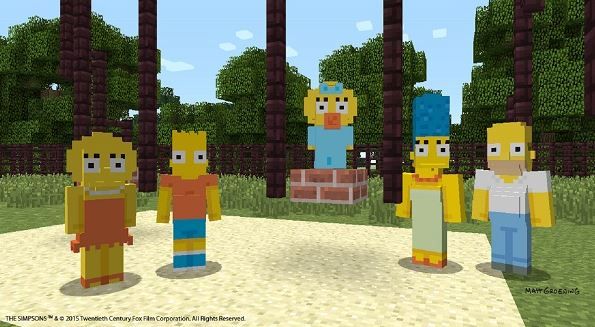 What is included in the Simpsons Mod?

The Minecraft extension of the popular yellow figures can not of course without the entire Simpsons family come around the corner. Besides Marge, Homer, Bart, Maggie and Lisa but are still 19 additional characters contained in the skin package. Certainly the nasty Mr. Burns and Ned neighbors are. How well the two iconic projects fit together, of which you can convince yourself already in the following intro The intro has already produced last year. Simpsons creator Matt Groening had dedicated it to the popular sandbox game.